Following the first, introductory training organised by CDN with the help of the Dutch Green Foundation in Kiev from 14-17th September 2017, the second stage of our Green Ukraine training series took place in Lviv from 30th November to 3rd December 2017. The topical training, which focused on political ecology as a concept and its wider picture gathered 24 people from all over Ukraine, Belarus, Moldova and Russia, some coming from the first event, while the others were newcomers. The preparatory team was happy to welcome Uladz Stashkevich and Iryna Burbylo among their members, both of whom attended the first training on a general introduction to Green politics as participants.

During the four days event participants were familiarised with the idea how environmentalism can manifest itself within the political spectrum and what political ecology means. On the first day they explored the interconnectedness of the local and global economies to a eco-conscious existence, and discussed the political realities in which these mechanisms exist – how decision are brought on the local and on the level of their own countries, what are the drawbacks and achievements of democratic decision making and how the fundamental principles of democracy are vital for building a sustainable environment around one’s own community. In the evening, three our guest from Belarus discussed feminism with our attendees and how feminism can be interpreted as a respect for a strive for a natural balance within societies based on equality. 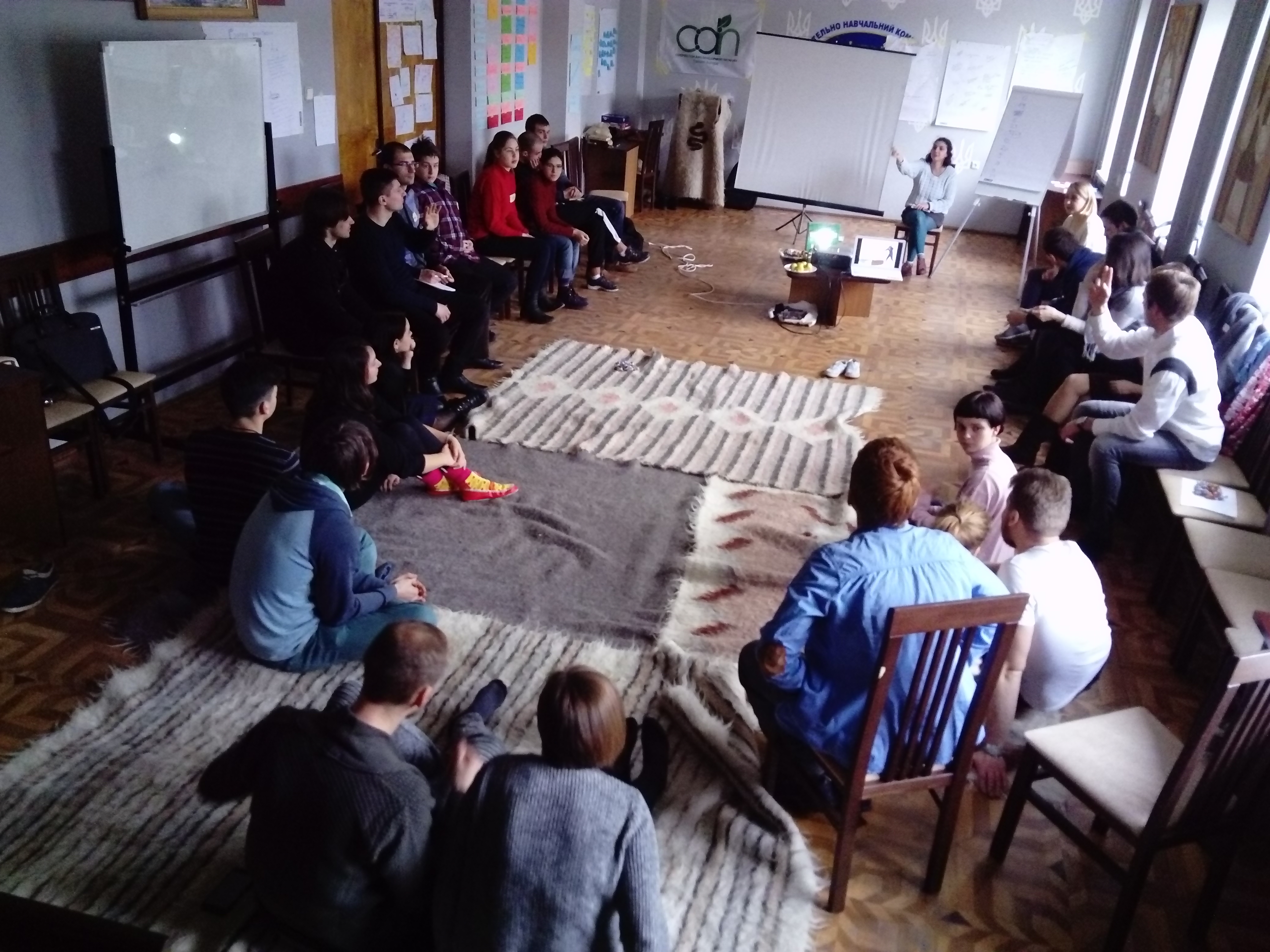 Following the theoretical approach of the first day, the second one brought much more practical experiences to the table. After an inclusive and fascinating discussion about Green washing as a marketing strategy aimed and bolsteing consumption the participants were able to experience scarcity, accessibility and unequal distribution within a given economy through a clever simulation game. The afternoon brought some role play, as attendees were given individual profiles with conflicting interests trying to reach a compromise towards a common goal. During the night we played the Story of Stuff Project’s similarly titled short documentary about the externalities and real costs of the products we consume each day.

For the last day’s morning the preparatory team introduced the participants to the Organiser’s Handbook and the principles it lays out for building a sustainable, efficient and effective movement or organisation. During the exercise that followed, the participants had to create a short video of a project they consider important and explain the issue to the audience in an engaging and understandable manner. Creativity flew freely as crowdfunding-esque videos were born.

Although the two trainings are over, and with them CDN’s activities in the RUMB region for 2017 came to an end as well, the project will continue in 2018 with new topics, new faces, and likely with bigger founding, making it even more accessible for enthusiastic green minded people from the region. We hope to see you at one of our events next year!