Report on the “Digitised Security – How to read online surveillance and fight it!” seminar

From 24-30 April 2017, the Cooperation and Development Network of Eastern Europe (CDN) – in collaboration with the European Youth Foundation of the Council of Europe, and Green European Foundation (GEF), and with the support of Green Forum, ISOC Serbia, ISOC Europe, and MEP Terry Reintke – organised a six-day youth seminar on cybersecurity and digital rights in Sarajevo, Bosnia and Herzegovina. More than 40 young people from all over Europe explored how the Internet works, how it is governed, how it has developed since its inception, and what it means today for society, young people, and for (Green) activism and politics.

Following the initial introduction and team building activities, the content portion of the program began with an overview of the history of the Internet: where it began, its initial purpose, and how it developed into what it is today. The participants were presented a comprehensive overview of how the Internet is structured (both physically and virtually) and according to which protocols. Frédéric Donck, the ISOC regional bureau director for Europe, also presented about how the Internet is governed, and addressed multiple technical and digital rights issues. 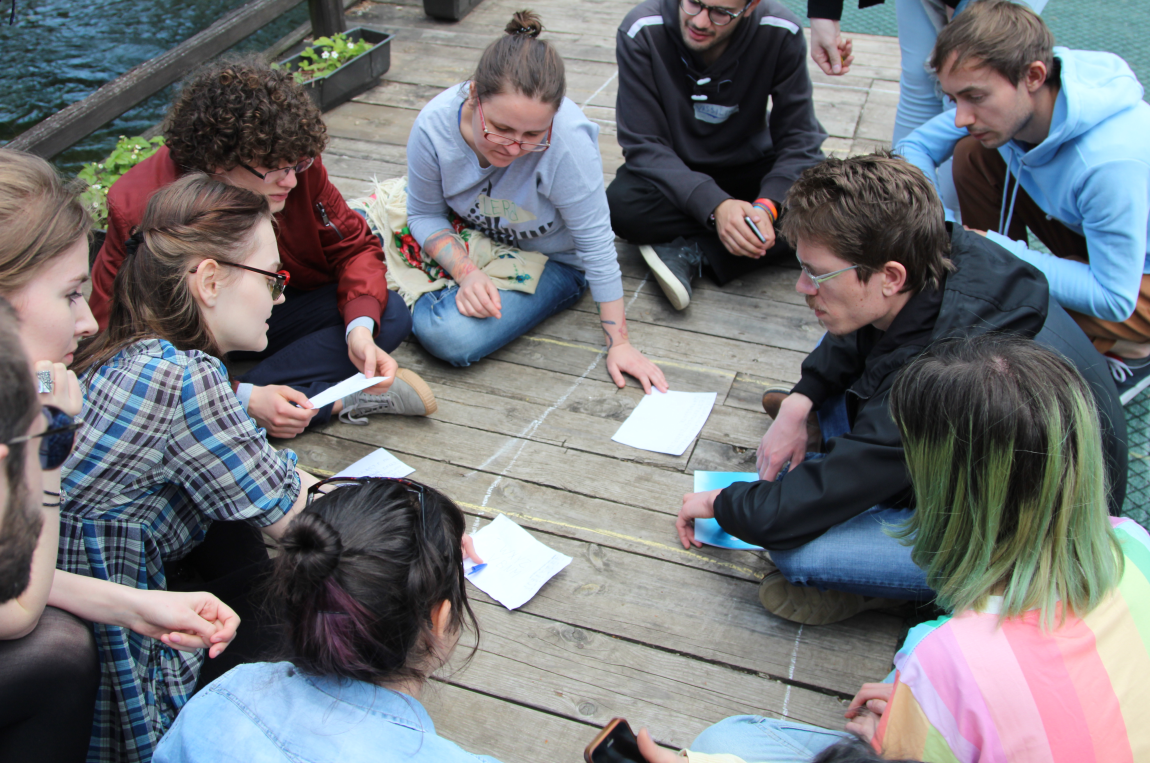 Participants working on deciphering a code

The second theoretical phase was focused on digital rights-related case studies. Participants were presented seven cases of either online censorship or surveillance from France to Kuwait, and had to decide which were factual and which were fabricated. This exercise was a warm-up for a facilitated debate on how multinational companies and governments use individual private data en masse, and whether politically active youth should be concerned about this issue. The preparatory team emphasised a critical approach to all information people consume on a daily basis, while keeping a distance from supporting either side of the argument in the security versus privacy debate. Both participants and facilitators stressed the necessity of overcoming the abovementioned false dichotomy, and concluded that the coexistence of privacy and security online is not categorically exclusionary. The political debate on the European level should lead to a solution that ensures both the privacy and the security of individual users.

During the third and last theoretical phase of the seminar, Valentina Pellizzer, the executive directress of One World Platform, a Sarajevo-based NGO, introduced the participants to the Feminist Principles of the Internet (http://feministinternet.net/en), community drafted governing policies according to which individual Internet use should be regulated. The participants were asked to critically evaluate the principles, and to oppose the ones they do not agree with.

Online security workshop during the Cryptoparty

After two-and-a-half days of learning about the theoretical basis and identifying the issues, the program continued with a practical workshop – the first ever CryptoParty held in Sarajevo. During the event, both invited guests and participants had the opportunity to acquire knowledge on concrete practices with which they can increase their anonymity and privacy online. Possibilities included an in-depth workshop on email encryption, exploring the workings of the TOR network, increasing mobile and general digital security, information about virtual private networks (VPNs), the importance of open source software and a step-by-step Linux installation guide, and hard drive encryption.

Friday kicked off with Andrej Petrovski’s (Share Foundation) excellent presentation on how Facebook algorithms work and how one’s personal information might be exposed and searchable online – also known as doxing. The rest of the day was dedicated to the creation of tangible follow-up material for the seminar that can be disseminated to interested parties. The participants created a full pack of articles and stories as well as an introductory guide to security tips and tricks with visual infographics, which will be edited together into a coherent publication. They even produced a short, stop-motion cartoon, which will soon be available on CDN’s website. 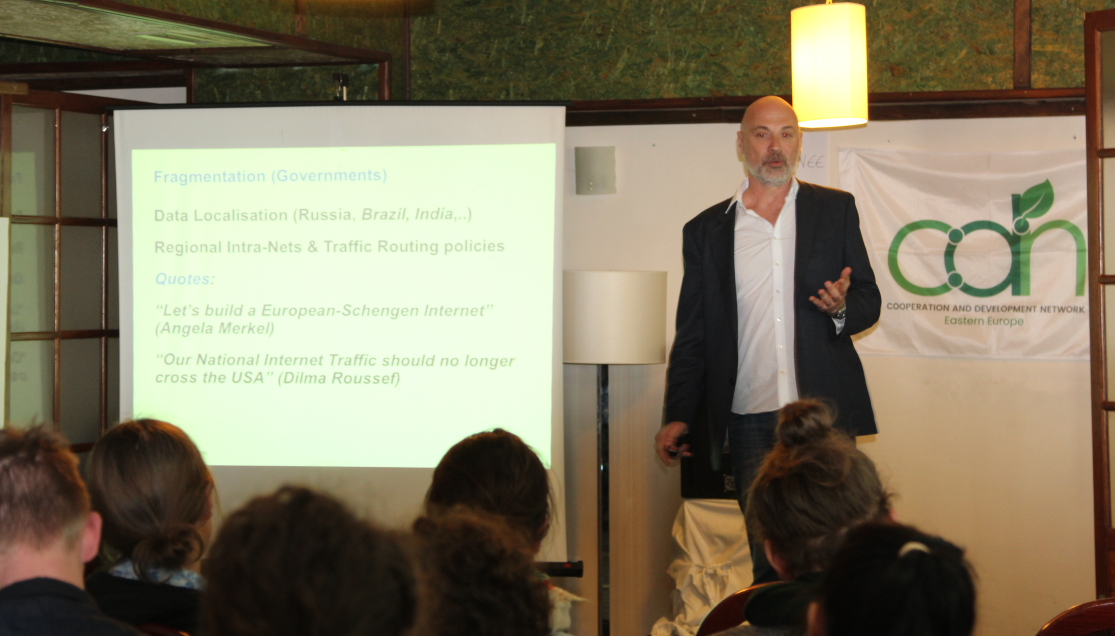 The seminar’s closure dwelled into how digital activism and political activism are interrelated, how one can facilitate the other, and how the values of the Green ideology are in line with the aims and principles of digital activists. The day’s programme included two external speakers: Belma Kučukalić, also from One World Platform, who talked about her experience with digital activism and how to build a successful online campaign, and Dirk Holemans from the Green European Foundation, who explored the similarities between physical and digital commons and how the Greens/EFA political group initiated and eventually managed to pass the General Data Protection Regulation in the European Parliament. The day culminated in the open space where participants became the educators – they shared their knowledge and experience on myriad issues, from copyright regulations to the community behind editing Wikipedia.

Throughout the program, our participants discussed and deliberated on specific issues related to digital privacy and security (surveillance, net neutrality, accessibility, censorship, the right to be forgotten, anonymity, online harassment, intellectual property rights, and more), and became familiar with the importance of these issues and the questions they entail. Furthermore, they were introduced to practical tools to enhance individual security, and with instruments that can increase the visibility and reach of their own activism. Thus, they returned home with newly found enthusiasm and a pool of knowledge to spread to their own local communities and organisations.

Regardless of the previous experience and involvement in (digital) activism, everyone involved in the project unanimously agreed on the urge for stronger protection of our online rights and privacy, which due to the supranational nature of the Internet, requires international collaboration, inclusive solutions, and political will. Ultimately, we concluded that there are no such thing as “digital rights;” our rights are universal, and therefore, have to be guaranteed in both the online and offline spheres of our lives – two spheres that are increasingly overlapping. There is no difference because, in the end, what is the Internet if not simply an “extension of human consciousness”?