From 20-22 October 2017 the Green European Foundation, with the support of CDN and its member organisation Fora/Green Window from Croatia, organised a three day training in Sljeme, near Zagreb, Croatia. Twenty young
people from Croatia met for the second time to learn and discuss the EU’s history and institutions as well as current and relevant issues addressed on the EU level: Brexit, GMO production, consumption and trade, and finally, the most burning issues – climate change and migration.

This event is part of the Green European Foundation’s European Green Activist Training project, realized
with the financial support of the European Parliament to the Green European Foundation. Part of the training was devoted to understanding the political decision-making process in Croatia – from local and city councils to the national parliament and government. This exciting journey was crowned by exploring of the
international Green family and planning the next educational steps before the Study Tour to Brussels. 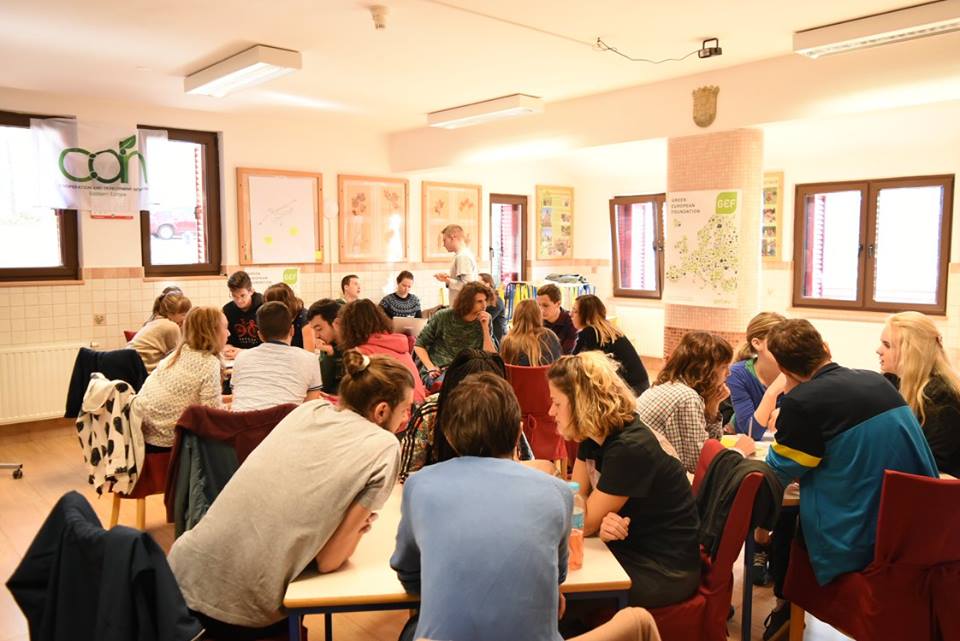 The training followed an introductory meeting with participants organised ten days before the training took place. During this meeting participants divided in four topical subgroups according to their preferences (GMO, Brexit, migration and climate change). The groups had a task to explore each topic respectively together with their colleagues. During the training they exchanged with their fellow participants what they discovered and from which angles these topics can be approached.

1. European Union – history, institutions and issues: Participants had an opportunity to explore and learn about the history and establishment of the European Union as well as to study and examine the EU institutions, their decision-making principles, and the way the EU functions. Participants learned about the political context in which the EU was born, that was followed by the identification of the ,,fathers” of the European Union and the agreements that preceded its final establishment. The 7 waves of the EU expansion were followed by clarification on the role and composition of several transnational bodies, institutions and agreements such as the Schengen Area, the EEA, the Eurozone, with special emphasis on the Council of Europe. 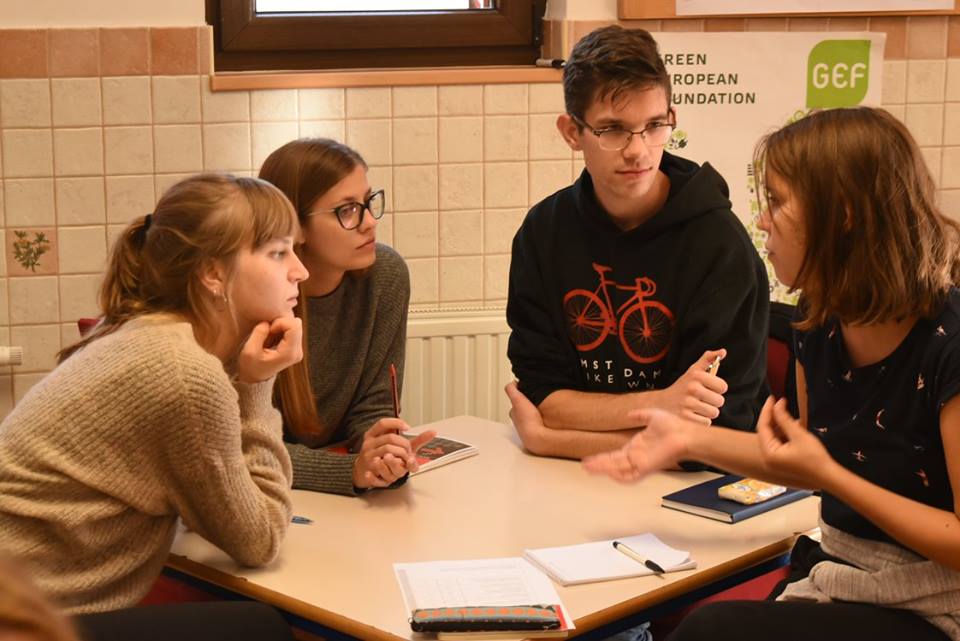 General EU introduction  narrowed down to the four topics:
1. GMO – pros and cons of GMO production and consumption; EU and national regulations on the trade of GMO products; solutions;
2. Brexit – what is it and why did it happen? Pros and cons of Brexit for the UK; how did the process go; main questions still open;
3. Climate Change – what is it and why does it happen? What are the consequences, measures and solutions to be taken into consideration?
4. Migration – definition, issues, refugee influx in Europe; brain drain; causes and consequences of migrations in the EU; EU regulations and institutions (Dublin agreements, Frontex etc.) and solutions.
2. Local governing and youth participation: The main aim of this part of the program was (1) to visualise the link between the EU bodies and the national decision-making and (2) to clarify levels of decision-making on the national and local level in order for participants to understand how certain decisions are being made and which public bodies and institutions are in charge of each of them.

In order to trigger a thought process, we started with a lively debate in small groups on provocative statements related to, for example, how decisions are made on a national level (,,Those in Zagreb decide on everything”), how
much say young people have in these decisions and are they active at all (,,Young people do not understand politics and they should not be a part of it”). In the second stage participants had the task to position national, regional and local political institutions and bodies in a hierarchical matrix, taking into account the three branches of government they belong to: executive, legislative and judiciary. Once their relations are clarified and visualised, participants went deeper into exploring what particular bodies are in charge of bringing decisions on the local level. Finally, they were able to map stakeholders and define steps to be taken for the local projects to be fulfilled,
which address some of the local problems they identified.

Our guest, Svibor Jančić, a city councilor in Zagreb on behalf of Zagreb je Nas! coalition, shared his first hand
experiences as a young activist and politician.
3. Involvement in the Green movement, Green international cooperation
The final block was dedicated to exploring further possibilities for participants’ activist involvement within the Green family – both locally and internationally and introducing the IMPACT EUROPE online course on the EU for Green Activists.