The struggles women in rural areas of the Eastern Europe face are usually overlooked when discussing climate change. Even though women are responsible for 60% of world’s food supply by working in harsh conditions in fields, they are often silenced by figures of authority and the wider society alike. In rural communities, it is notable that climate change significantly affects economic yield of agriculture, and first ones to feel that impact are women. Young people, on the other hand, are migrating from the rural to urban areas. In deeply rural communities, people often depend on natural resources for everyday life. With the arrival of industries, polluters and investors who strive for profit, lifes of people in rural communities are labeled as less important than profit. The investors not only pollute, but destroy the ecosystems that have grown around them. As we can see from examples of brave women all around Eastern Europe, they are ready to fight to protect local natural resources, even if at times they face violence. Their stories deserve to be heard by wider audience, to break the stigma of traditionally labeled “powerless woman”, promote eco-activism in all communities and release women from the shackles of their oppressors. This is why CDN, with its Gender WG decided to join the GEF project “Feminists in the Environmental Movement” with the following activity.

The aim of the activity is to raise voices of young women in rural areas that are being affected by climate change and its causes, as well as share positive stories and bring attention to importance of addressing climate change in an intersectional way.

In this project, we will conduct a 1 day training on journalism for 7 young people from Eastern and Central Europe (CDN MO and PO members, WG members). The training will happen on the 7th of March in Tbilisi, Georgia and will be attached to CDN’s WG meeting, conference and GA. After the training the participants will visit rural areas in their countries that are impacted most by climate change and environmental problems, research and document how they affect young women and make interviews with them. The reporters would be trained to facilitate open and honest conversations and empowering the young women by giving them space to share their experiences with the wider public.

All input and researched material would become part of a publication, with key findings disseminated on CDN social media. The team will make an evaluation meeting, in Budapest in November 2022.

Call for the Activity Assistant

Call for the Local Reporters 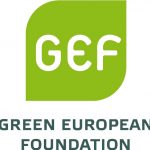