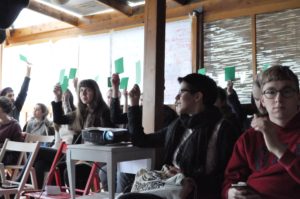 The GA, once again, decided on the direction the network should take over the next year by adopting the activity plan and the budget, by electing the new EC, and by adding amendments on Internal Rules of Procedure and Political Platform. The GA started discussions and workshops on Strategy Development, making the very first steps towards development of new Strategy 2019-2021, that will take place during this year. Alongside the debates and voting, the delegates had a chance to engage in the Member Organisations’ exchange, which led to fruitful discussions about cooperation strategies for the future.

During the GA, the delegates and guests had an opportunity to participate in a panel discussion “Young Greens in Eastern Europe: Obstacles and Perspe 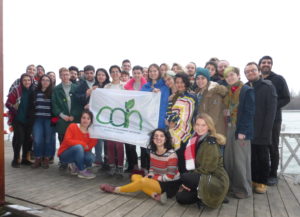 We would like to thank everyone again for making the GA happen and very much looking forward to greening Eastern Europe in the upcoming year!

The following documents are from or adopted by the General Assembly 2018: