Many things have happened during the past three months in Grüne Jugend – many things that we’d like to share with you!

In March six members of Grüne Jugend went on an exchange with Swedish and Norwegian Young Greens in Gothemburg (Sweden). Our aim was to analyze mutually our organisations and structures, exchange the best practices, e.g. on attracting new members, campaigning and to discuss our differences and the problems that we still have in common in our organisations. (As a result, we took home a lot of impressions and new ideas on improving our structures.)

The second big event in March for Grüne Jugend was the Greens 2017 Congress in Liverpool, where we mainly focused on GYG and fighting for our reform proposals to make it a working organisation.

In April our General Assembly took place in Heidelberg (southern Germany) themed : “Let’s change the world before others do so!” Besides diverse workshops, panels and resolutions, the new International Coordination, that we are part of, was elected as well. 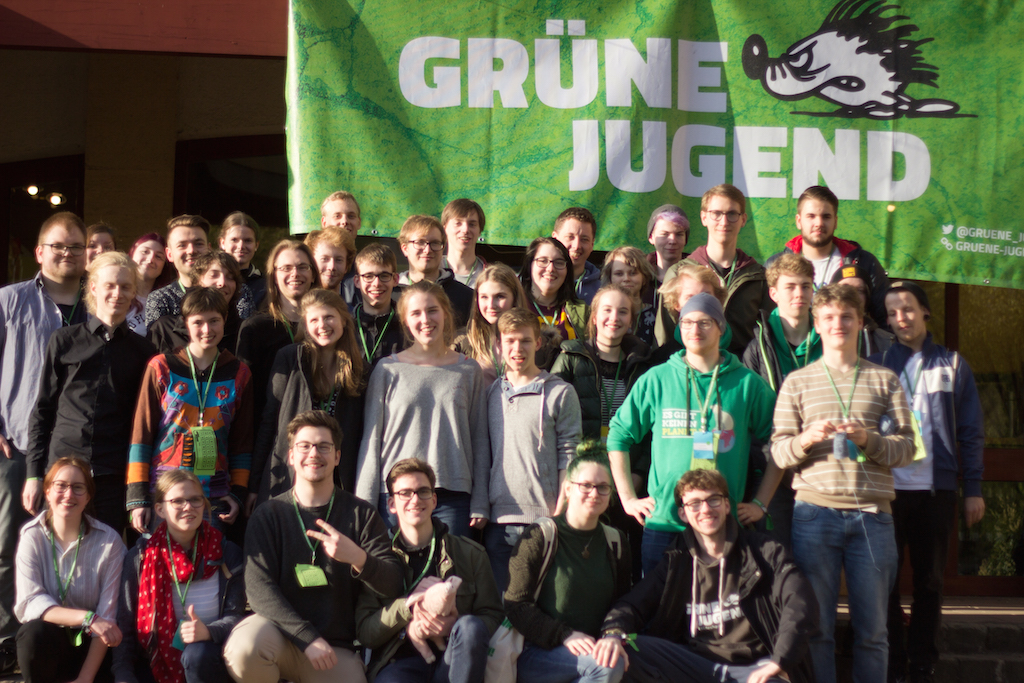 On the occasion of the international day against homophobia, biphobia and transphobia at 17th of May we called attention on the rights of all those who are still suffering discrimination because of their sexual orientation and their deviation of the binary system that includes only men and women. Get an impression of our colorful fight for open minds and diversity by watching our VIDEO.

Afterwards, Grüne Jugend was present at the General Assembly of FYEG. Among other things we proposed our amendments, elected Fabian as the new co-spokesperson and were incredibly glad to meet our green friends from all over Europe.

The upcoming months are filled by exciting events for Greens and young Greens in Germany. At first, there are going to be several seminars, e.g. on the topics of international feminism, fake news, and climate justice. Secondly, our fabulous youth exchange titled ”Participate. Act. Change.” with the Norwegian and Swedish Young Greens happened in the end of June. For ten days we discussed on how to improve the participation of young people, especially regarding the inclusion of migrants and other marginalised groups.

On top of that we are happy to host the FYEG Summercamp in Werneuchen (close to Berlin) and hopefully to welcome many of you there in the end of July, preparations are already in progress. We would also enjoy to see you present at the big Anti-G20 protests in Hamburg on 7th and 8th of July ( https://www.g20hamburg.org/en ) and the Ende Gelände civil disobedience events and protests at Rhineland from 24th to 29th of August!

The most important event that we are focusing and preparing for are the general elections in September. With an independent election campaign we will fight for our main topics climate, social participation and an open-minded society and of course for votes for our young green candidates running for the German Parliament. Especially in times of a risen right-wing populism and the difficult situation of the Green Party it will be a hard work but also a big chance for us to grow and empower our team spirit within the organisation!

Till then we wish you furthermore motivation, fun and power for your upcoming events, protests and other activities at CDN and hope to meet you at ours, too.

All the best from Germany,

Julius and Clara from GRÜNE JUGEND