Between the 25th June and 5th July, 46 children from different regions of the Republic of Moldova attended the “ENERGEL” summer camp. The Republican Youth Center “Gutta-Club”, which coordinated the event, with support from the “Energy and Biomass” project, managed to create a unique, eco-friendly atmosphere that would make the participants understand environmental problems and try to solve them in their daily lives. During these 10 days, children learned about recycling, energy, and social activity. They also had debates and campaigns that made them think up their own initiative and strive for a change.

The participants, after doing a project based on their school subject of Renewable Energy, were awarded with a pass to the summer camp “ENERGEL”, which incorporated participants from 23 regions from Moldova. Therefore, the camp was attended by individuals who actually had an interest in sustainability and wanted to expand their knowledge and experience. The course of energy efficiency was, for the first time, implemented in 2011, with the involvement of the Republican Youth Center “Gutta-Club”, the “Energy and Biomass” project, and the “Institute of Lifelong Learning” from Moldova. In 2013 it was included in all schools by the Ministry of Education. 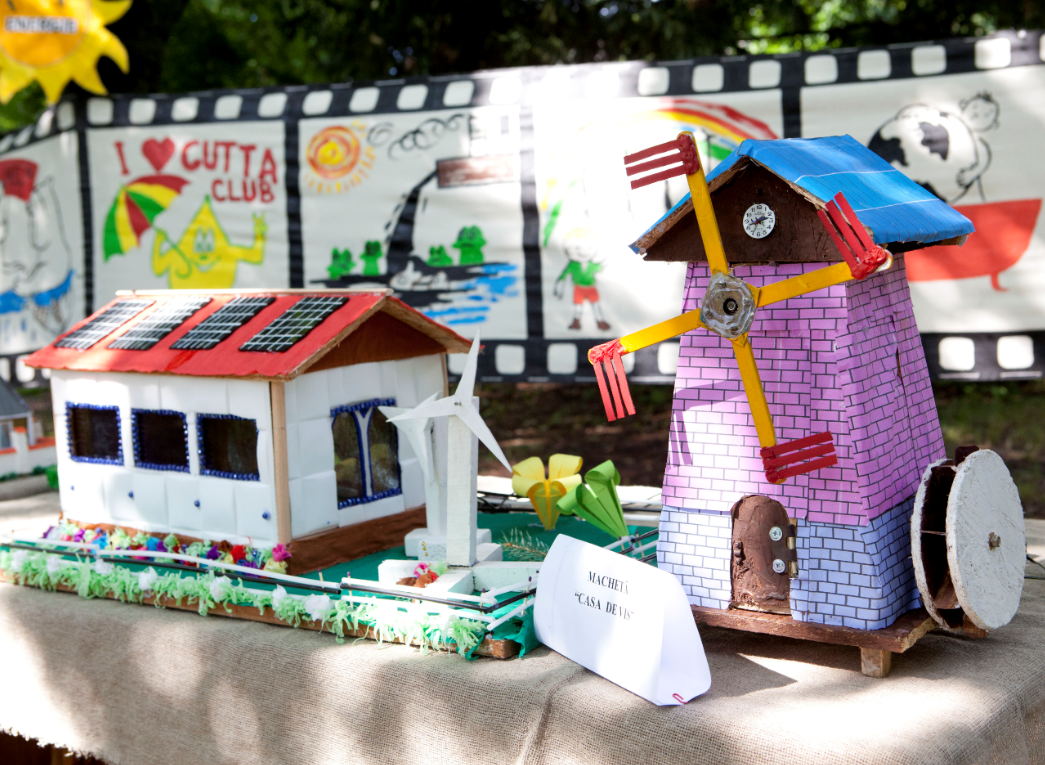 From 2011 until 2017, more than 370 schools managed to get involved in the school course, with about 21.000 children gaining useful knowledge on sustainability and energy efficiency. The “ENERGEL” summer camp has already had 6 editions, with more than 400 children as participants. For example, in the last edition, 2017, children had an exhibition of their handmade wind mills, sustainable homes with solar panels, and water heaters. They made them from materials they found at home. Of course, they were sometimes guided by teachers, but what is truly important is that they showed initiative and managed to do a project by themselves. On the day of this exhibition, the EU Ambassador to the Republic of Moldova, Pirkka Tapiola, was one of the visitors, alongside Dafina Gercheva, the UN Resident Coordinator and UNDP Resident Representative in Moldova, and they both agreed that the “ENERGEL” summer camp was a success, as it builds a strongly aware and informed generation, capable of making a change.