Young people from various cities of Bosnia and Herzegovina have attended the event to strengthen their knowledge and skills about political participation.

Furthermore, the professors who have taught classes are academic citizens from Sarajevo, Banja Luka, Tuzla, Belgrade:

The purpose of the School was to do research most relevant to activism in the context of social movements. Participants were given mechanisms to discover the social structures that influence their origins and survival, resources that movement can use, political opportunities that they can take up, and systems of meaning that enable them to get their message across. Far more relevant to activists are manuals that advise on community organizing, analyzing power structures, group dynamics, decision making, fundraising, and conflict resolution. All of these groups were involved in the School of political activism.

The School was financially supported by the City of Tuzla, CDNEE and NED. (National Endowment).

This School of political activism resulted in:

Albanian Young Greens organized a series of activities on 14th November with the following theme: “Climate is changing, our future is being destroyed”.

“For us as young people, the problem of climate change must be resolved as soon as possible as it seriously threatens our lives and the future. This is our task, our challenge, for which time is calling us. Although we are living in an unusual situation due to the COVID-19 pandemic, we can think ahead to tackle the climate crisis, making the right choices to move on the right path towards progress and green policy development.

The AYG Assembly was held in the spirit of a greater commitment of young people to the challenge of climate change. During the Assembly a variety of sessions took place, filled with constructive debates about environmental, social, green policies, schooling and youth employment.

The involvement of young people in politics was stressed out, the leadership of the organization and the space they should have in the leading and decision-making structures of the Green Party.
The presence of young people from all branches of the Youth Forum, local councilors, as well as representatives of the Albanian Greens, created a vivid space for fruitful debate by sharing experiences with young people and exchanging ideas for strengthening and development of the green youth movement in Albania.

The General Assembly adopted a number of important political documents and resolutions.
“Let us all act together now to protect the environment and the climate”: this resolution calls for the massive action of the climate movement as a necessity to raise awareness of decision-makers to act quickly.
The General Assembly also elected new leadership. The two co-chair persons are Mrs. Ambra Durro and Mr. Brahim Demi.
Mr. Brahim Demi is our councilor in the local parliament. He also represents the green voice in the municipal council of the city of Lezha.

The green weekend was finalised with the Climate protest organized by members of the AYG.

The message of this protest was as following: The movement known as “Fridays for Future” must be spread across the country as a call for urgent action against climate change”. 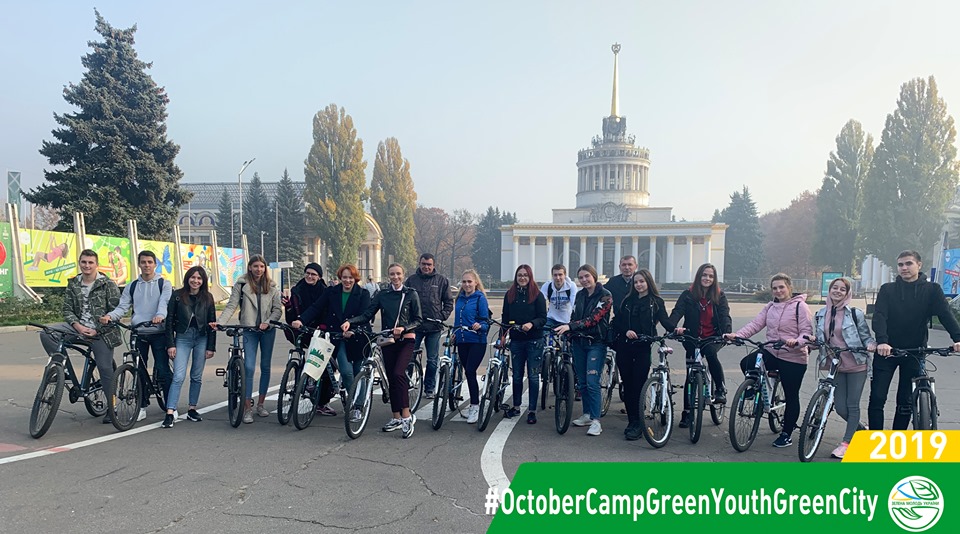 The aim of the camp is to mobilize and involve young greens of Ukraine into politics. During the camp, a lot of sessions addressed different challenges that young people face on their way to enter the political landscape in Ukraine.

During the camp, the greens brainstormed on different tools for counter-acting these challenges. The whole camp was divided into three stages:

1- The first training was focused on the role of the Greens in addressing the environmental challenges and many other issues at stake in Ukraine.

2- the second stage was pretty smooth and was organized outdoor. The Greens of Ukraine went for a bike ride and discussed how to make the green voice more heard in politics.

3- the last stage was focused on political campaigning for the greens during elections and participation in the local governance. This part was facilitated by trainers in the form of a role-play game of green candidates during the election campaign.

Last week was a turbulent one for feminists and human rights defenders in Azerbaijan. The latest developments in the country show the escalation of the crackdown on human rights activists, journalists and feminists.

Given the repressive context, there were two protests which took place on 19th and 20th of October in central Baku.

The first day of protest was against the imprisonment of political prisoners, economical injustice and corruption. The day after was a protest against gender-based violence and femicide. Among the activists attacked, there were members of CDN’s Member Organisation, who joined the second protests over women’s rights and demanded the ratification of Istanbul convention.

The attacks were recorded and the videos were disseminated and went viral on social networks. These incidents were condemned by several international bodies, including Council of Europe human rights commissioner, Dunja Mijatović.

Along with the attacks, polices forces cordoned off the protesters, some metro stations were stopped from operating, and Internet blackout was reported at some spots of the protest.

On behalf of CDN EC, we show solidarity with all protesters in Baku fighting under hostile environment against gender-based violence and in the shrinking spaces of civil society activists.

Stay strong! You are not alone <3 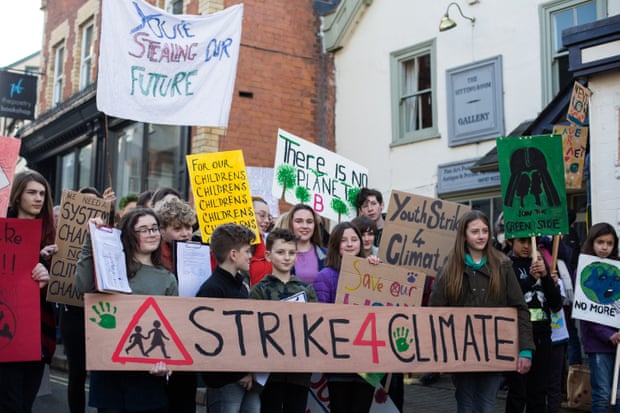 In the past months, we have witnessed young people taking over the streets throughout the world to demand climate justice.

Climate Strikes mobilized more than 1.5 million youth around the globe and draw significant attention to the issue at stake.

Nonetheless, we have also observed that there is a significant divide between success of Climate Strike actions in the West and Eastern European countries.

With this webinar, CDN aims to reflect on the experiences and thoughts from its MOs and POs with regard to existing Climate Strike divide.

Also, we would like to grasp this opportunity to provide a space to our friends for sharing major takeaways from their Climate Strike experiences. 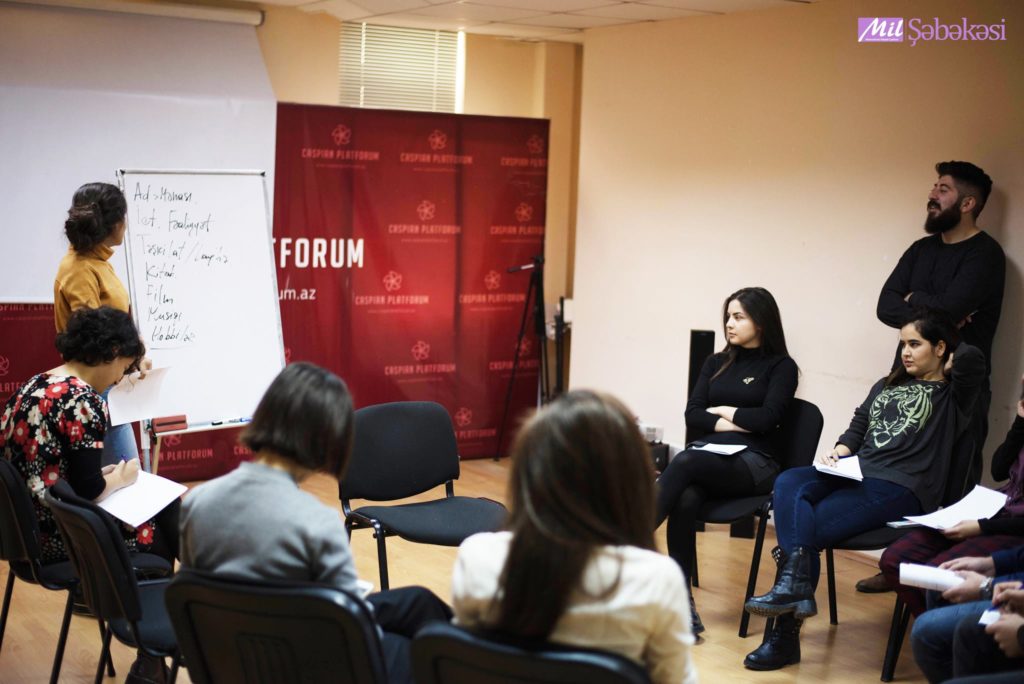 On 19 and 20 December MIL NETWORK  organised the “Have Your Say!” training in Baku.  The training addressed democratic citizenship, youth participation and activism. The program was designed within COMPASS – Long-term training course on human rights education and democratic citizenship for youth multipliers and trainers from Azerbaijan – that is organised by the Council of Europe and the Ministry of Youth and Sports of the Republic of Azerbaijan. END_OF_DOCUMENT_TOKEN_TO_BE_REPLACED

Since 2013 Young Cyprus Greens have organized a series of information sessions in all cities in Cyprus, in order to inform and discuss with the general public the use of cannabis in medicine and its beneficial impact on different diseases (e.g. cancer). The Young Cyprus Greens put effort so in every session to have a different panel of speakers such as doctors, lawyers, Members of the Parliament and people who are already working with medical cannabis such as doctors and researchers from abroad. END_OF_DOCUMENT_TOKEN_TO_BE_REPLACED

This semester has been incredibly busy for our organisation. The populist Orban government will not give us a chance to rest.

After we elected our new EC in March, the Hungarian government tried to close the Central Europen University (CEU). A huge crowd took to the streets of Budapest day by day, and finally the government retreated. It was our duty to participate in these demonstrations.

Also we attended the Global Greens’ and Global Young Greens’ Congress in Liverpool. It was really nice to see that green ideology can be found all over the planet. END_OF_DOCUMENT_TOKEN_TO_BE_REPLACED

With the aim of raising youth awareness of acute ecological issues of the region, we conducted an International summer camp in the city of Kamyanets-Podilskiy in South-West Ukraine, bringing together socially active young people from Ukraine, Moldova, Belarus and Russia (RUMB).

END_OF_DOCUMENT_TOKEN_TO_BE_REPLACED

Between the 25th June and 5th July, 46 children from different regions of the Republic of Moldova attended the “ENERGEL” summer camp. The Republican Youth Center “Gutta-Club”, which coordinated the event, with support from the “Energy and Biomass” project, managed to create a unique, eco-friendly atmosphere that would make the participants understand environmental problems and try to solve them in their daily lives. During these 10 days, children learned about recycling, energy, and social activity. They also had debates and campaigns that made them think up their own initiative and strive for a change.