Alternative Urbanisation Working Group (AU WG) of CDN gathers young people interested in exploring, discussing and learning about alternatives to current urban practices in the Central and Eastern Europe. It was established in 2013 after an event on democratic participation of young people in their cities.

Since then, the WG has organised online movie discussions and calls for articles. In 2016, the WG conducted the study session “Reclaim the city” on topic of youth participation in creating inclusive and sustainable cities, in European Youth Center in Budapest. In 2018, WG successfully implemented one year long project “Urban Steps for Resilient Future”, consisting of an international training of trainers, four regional trainings, and 11 local actions implemented by young activists in 10 different countries.
Today, majority of the world’s population lives in urban areas and the number is only expected to increase in future.

With this project we want to empower youth to discuss and cooperate in the development of the alternatives to current manners of urbanisation in Central and Eastern European cities. We see the current urbanisation in our cities characterised by a low amount of governmental regulations, lack of public, especially young people’s, opinion consideration in planning and shaping the cities, lack of tools for political participation for youth or will from the political stakeholders to foster it.

These are followed by socially and environmentally unsustainable practices – gentrification, suburbanisation, exclusion, injustice, pollution and lack of space for the young people to socialise. We would like to adress these issues, as we consider cities the best platform for local, community-lead change to take place. We believe that this project will contribute to defining and popularising the AlterUrb concept as a very practical and recognized element of progressive youth politics as it is rooted in principles of inclusion, participation, social and environmental justice and empowers the youth to take action on community level.

Alternative Urbanisation is based on values of human dignity, freedom, democracy, equality and respect for human rights. We are convinced that we need more pluralism, non-discrimination, tolerance, justice, solidarity and equality.

Considering the above mentioned, with this summer school we aim to conceptualise and promote the model of sustainable and democratic cities among active young people in the Central and Eastern Europe and provide them with tools for reclaiming their cities.
The objectives of the project are:

The program will be based on the principles of non-formal education and intercultural learning. We strive for active, inclusive and direct communication, as well as transfer and sharing of knowledge. Sessions will be balanced between theoretical inputs, training, workshops, discussions, reflection, planning, brainstorming and other interactive methods of learning.

CDN and its Alternative Urbanization Working Group are announcing a call for members of the preparation team for the Balkans (1) Regional Training of our Annual Work Plan “Urban Steps for Resilient Future – Building Youth Activism in Eastern Europe” that will take place between 4-8 July in Grodno, Belarus. END_OF_DOCUMENT_TOKEN_TO_BE_REPLACED

CDN and its Alternative Urbanization Working Group are announcing a call for members of the preparation team for the Balkans (1) Regional Training of our Annual Work Plan “Urban Steps for Resilient Future – Building Youth Activism in Eastern Europe” that will take place from 20-24 June in Tirana, Albania.

The project is a part of our annual work plan and is going to (1) enable young people to analyse their cities (think global) and (2) equip them with capabilities to conduct local activities on the spot with the goal to improve their communities (act local). END_OF_DOCUMENT_TOKEN_TO_BE_REPLACED

Cooperation and Development Network of Eastern Europe is happy to announce the call for participants for the International Activity (Training for Trainiers) that will take place from 24-29 April near Istanbul, Turkey.

END_OF_DOCUMENT_TOKEN_TO_BE_REPLACED

The Annual Work Plan is going to last for the whole year and it has three phases! So this is just the beginning 🙂 If you are interested in reading the full project description and learn more about the phases it can be found HERE.

The objectives of this project are:

The Calls for Participants will be out soon so stay tuned! #UrbanSteps 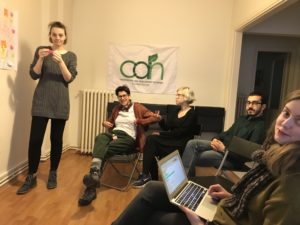 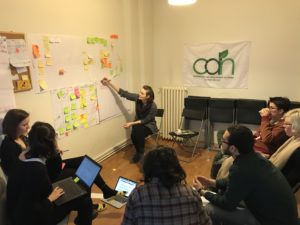 As you might have already noticed a lot of things have been going on in the Alternative Urbanisation Working Group!

Our Annual Work Plan got approved by the European Youth Foundation and we are more than excited to invite you to learn more about it HERE, as well as to follow its progress and make sure you don’t miss any calls and important information regarding it! END_OF_DOCUMENT_TOKEN_TO_BE_REPLACED

CDN and its Alternative Urbanization Working Group are announcing a call for members of the international Coordination Team of our Annual Work Plan “Urban Steps for Resilient Future – Building Youth Activism in Eastern Europe”. The project is a follow up of CDN’s Study Session in the European Youth Center Budapest from 2016 titled “Reclaim Your City” and aims to explore Urban activism as an entry point for youth participation, to help young people turn their ideas into concrete actions and to enable young people to articulate their political demands to the local authorities and stakeholders. The full project description can be found HERE.

Coordination Team members are going to coordinate the Annual Work Plan and all its activities – Training of Trainers, Regional Trainings and Local Action – with a full support of a member of CDN Secretariat and Executive Committee respectively.

We are looking for young people that are passionate about alternative ways of urbanization, fair, inclusive and green cities, youth participation in political decision making, as well as the values of the Green movement. The call is open for people coming from Council of Europe member states, as well as Kosovo*, Belarus and Kazakhstan.

CDN is organising a long-term project that will address urban communities – particularly the way they are built (environmentally and socially) – and young people’s role in shaping and improving those. Public spaces and urban commons are political and social areas that young people identify with and where they exercise their rights. There is a need for reclaiming those spaces and strengthening young people’s ties to them. In order to empower young people in reshaping their communities through direct actions – based on principles of democracy and inclusion – to create more sustainable green cities, we want to: END_OF_DOCUMENT_TOKEN_TO_BE_REPLACED

The development of autonomous local self-governments is a crucial element of the long-term transition to democracy in Central and Eastern Europe and the newly independent states of the former Soviet Union. CDN’s Alternative Urbanisation Working Group decided to open a call for articles on this very topic, with a focus on urban self-management. END_OF_DOCUMENT_TOKEN_TO_BE_REPLACED