Since 2013 Young Cyprus Greens have organized a series of information sessions in all cities in Cyprus, in order to inform and discuss with the general public the use of cannabis in medicine and its beneficial impact on different diseases (e.g. cancer). The Young Cyprus Greens put effort so in every session to have a different panel of speakers such as doctors, lawyers, Members of the Parliament and people who are already working with medical cannabis such as doctors and researchers from abroad. 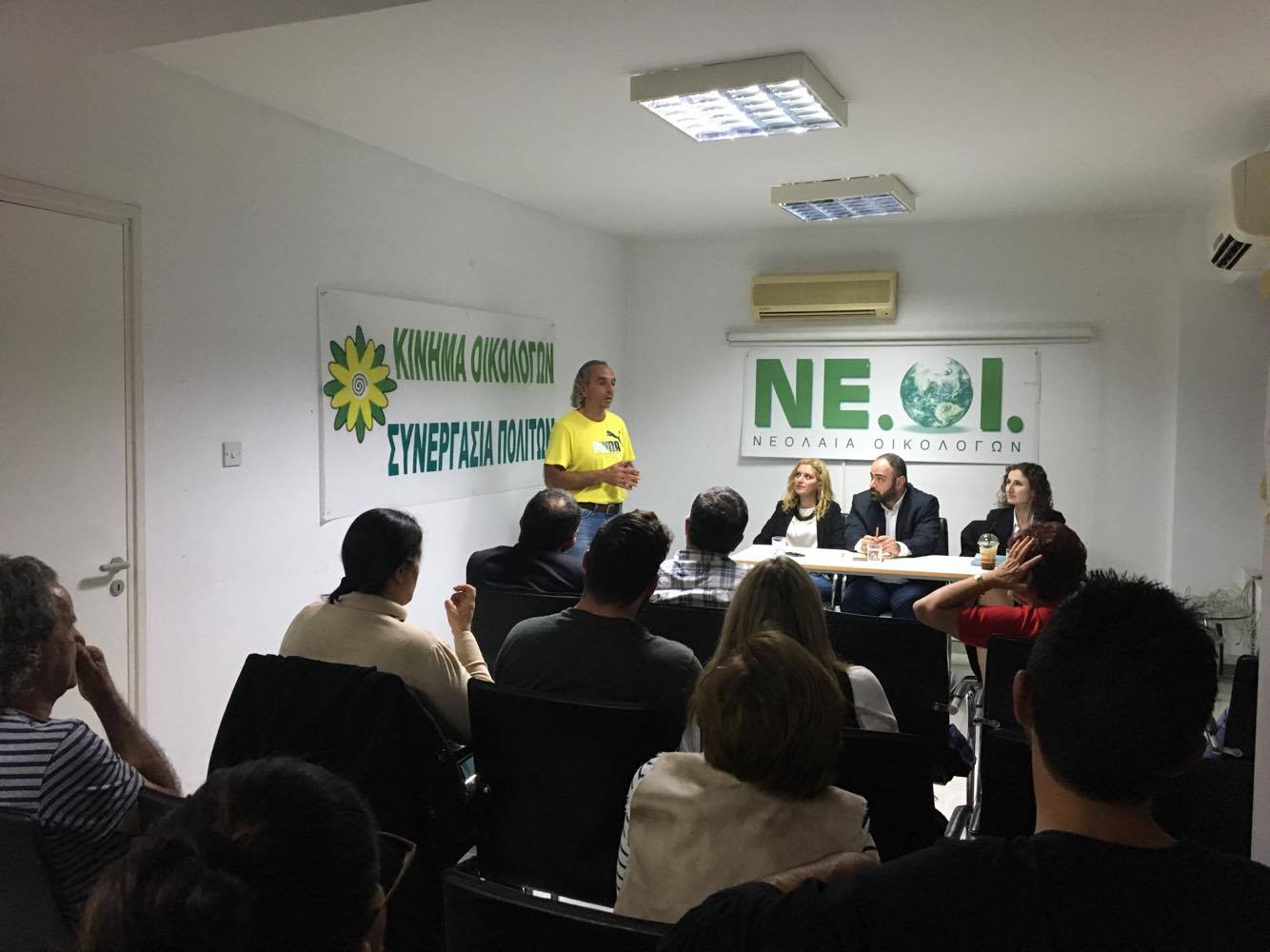 On the 10th of November, the Young Cyprus Greens have organized the last session for this year regarding the use of cannabis in medicine, in Limassol. The panel consisted of a Member of the Parliament; Mr. Giorgos Perdikes, Ms. Alexia Sakadaki;  parliamentary associate of the Cyprus Greens – Citizens Cooperation and member of the Cyprus Sociological Association and Ms. Evi Toulekki, Lawyer. During the event each of the members of the panel discussed and analyzed the use of medical cannabis from a different perspective and Ms. Alexia Sakadaki presented the bill which has already been accepted by the Ministry of Health  in order to allow the cultivation and provision of medical cannabis in the Republic of Cyprus. The bill will be submitted for voting at the Cypriot Parliament in the following months after the final changes will be made in the already proposed bill.

The purpose of the information sessions is to raise awareness regarding the topic and to highlight the importance of its use in certain medical cases like treatment of chronic diseases (e.g.cancer). And at the moment the Young Cyprus Greens and the Cyprus Greens – Citizens Cooperation are trying to propose various modifications on the law that already exists for the non use of medical cannabis since it is considered a drug.